Decadent wine is a sure sign of passion and hard work.

In the Spring of 1904, John McKay arrived in Canada from Scotland, with a dream of starting a new life with his family.

By fall of 1904, John McKay had worked his way to Enderby, where he finally felt at home. In 1909, now with a family of ten children, John and his wife Mary purchased some land on the Shuswap River, just two miles north of Enderby.  This, he named Waterside.

John cleared a spot along the riverbank, and built his family home.  The river was always a cherished place, providing a place to swim, boat, skate, fish and where laughter was abundant and love filled the home.

For years, the family sold butter, milk and eggs in Enderby, and John went to work as a road foreman with the Enderby District, building roads still used today such as the Salmon Arm Hill Road until 1925.

In 1925, John purchased a building on the main street in Enderby where he opened and operated a general store.  It was a family run store in the community until his youngest children enlisted to serve in World War II, when it was sold and John returned to the farm until his death in 1949.  Upon his death, Waterside was sold to Pat Farmer of Enderby, and so on, and so on as life goes until it was sold to John and Debbie Juric. 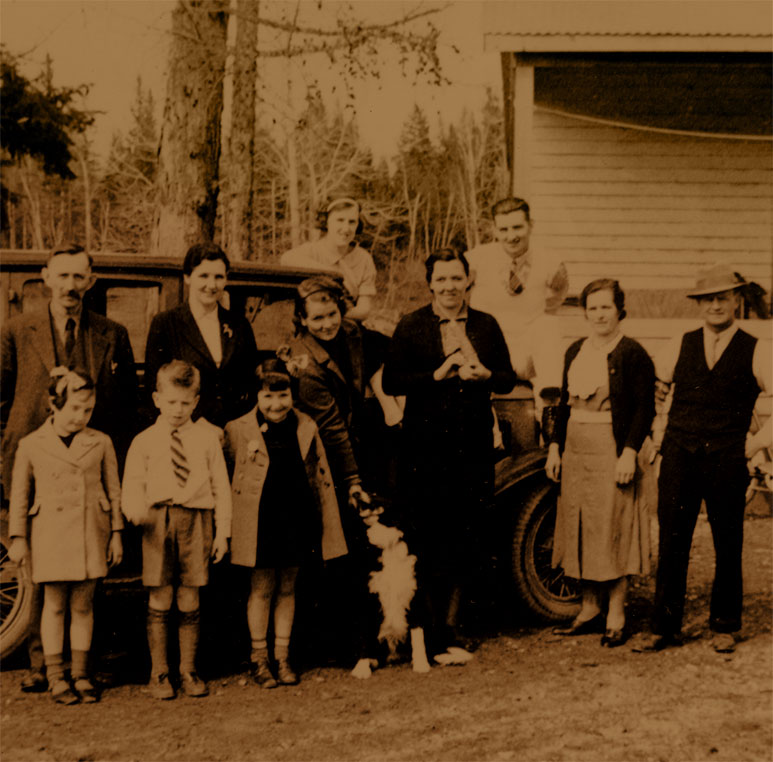 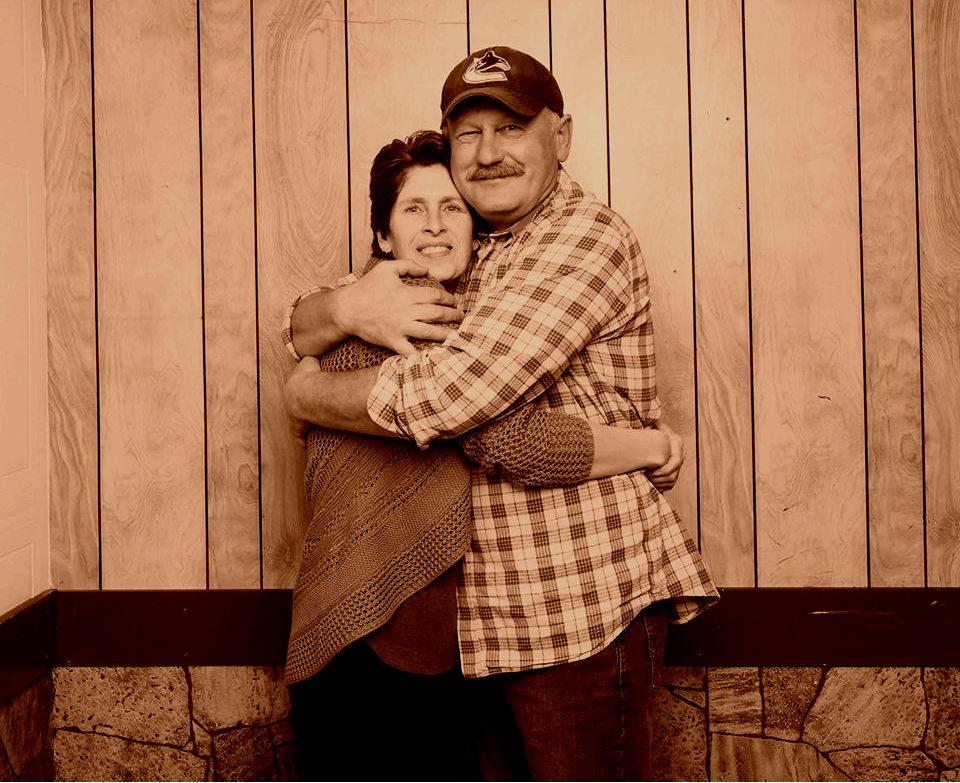 In 2010, with a long family history behind him of growing a vineyard and making wine in Croatia, John cleared some land on the waterside property and planted his very own Vineyard.  The Vineyard flourished, feeding on hydration from the river, and soaking in the Okanagan sun.  It grew fast and abundant, producing six varietals of grapes, until 2014 when the grapes were mature and full of flavors perfect for wine making.  John’s favorite times were working in the Vineyard, and watching the new Winery grow.  He built a tasting room, and invited the community through its doors to share his accomplishment and continue his family’s legacy of beautiful wines.

Over the years, the Okanagan wine industry boomed and became incredibly popular. People from all over the world were visiting wineries throughout the area, tasting the sunshine and atmosphere in their favorite wines. In 2018, after four years of growing the wine business, John and Debbie found themselves consumed by ever growing demand of the wine industry, and made the very difficult decision to retire and pass on their hard work to someone eager, new, and full of hopes of dreams…

This is Where We Come In!

In April of 2018, we, Kevin and Jennifer Verschoor, took over Waterside Vineyard and Winery, and the home that stands along the riverbank is now our own sanctuary.  We packed up our fast-paced, Alberta-born lives, held on tight to our hopes & dreams, filled our head with ideas, and our souls with ambition, and jumped headfirst into all of it.

People often ask us, when they stop the tasting room, “Did you have a winery before?” No.  “Did you always want a winery?” No, but we sure do love a challenge. We craved something new; something great to be a part of.  We needed something different from what we knew, somewhere with sunshine and grace. We needed newness and days that ended in satisfying gratitude.   “Do you come from a farming back ground?”  Nope, not even a little. “So, why here? Why this, why now?”  Well… why not?  It’s a beautiful place where our dreams can grow.  And – do you know how many amazing people from around the world we get to have a chat with every year?

Let me tell you a secret.  That’s why we do it.  We do it for the people.  We pour wine for people who love wine.  We get to have a chat and listen to people’s stories every single day.  We watch smiles and every day is a good day at Waterside.  I once watched a lovely lady recall a childhood memory of her mother (long passed) in another country, just from a sip of wine.  Her eyes welled with tears, and her chest swelled with a long, deep breath.  Then she said “it’s just like being at home”.  And that is why we came here.  We came here for the people, and for that feeling of home. 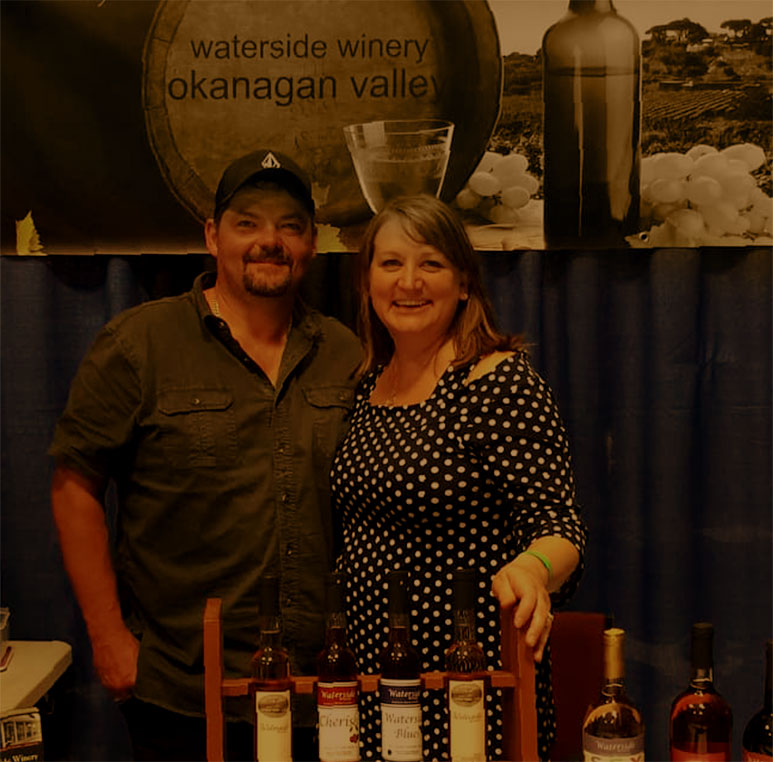 This place has very quickly become part of who we are. The land, the Vineyard, the grapes, the farming, the chickens… oh the chickens. This is who we are now - we are Waterside Vineyard & Winery. From our vines, to your table, we are part of you, too.

Rooted deeply in the Okanagan Valley, Waterside Vineyard & Winery rests on the riverbank and fills the Earth with aromatics and flavors that bring you home. It’s not just wine, it’s an experience. 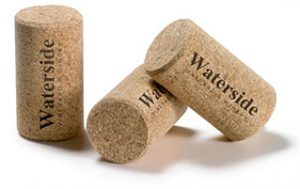